Friday the 13th originated from the novel Unscrupulous Broker were it created an environment of a a Wall Street panic on what we all call Friday the 13th. King Philip IV had also ordered de Molay and scores of other French Templars to be simultaneously arrested on Friday the 13th, 1307. This event had really convinced the people that Friday the 13th was actually cursed. This traditional day just got or worse and more unlucky over the years and generation. Little things like the unevenness of the number 13 was sensed as bad and unlucky. This belief still goes on today however, many people are so into the idea that this day is so domed that they merely cause there own small tragedies. For example, spilling coffee on yourself, running late or being sick are daily small daily life things that happen but if they land on the “cursed” Friday the 13th the blame goes to the unlucky day.

One of the greatest motivational speakers in the world is an African American  man who goes by the name of Les Brown. This video of his is one of many that are extremely powerful because of the fact that they have some much meaning in them. It is unquestionable that his videos have over 1000 words because they are so long and beautiful. The purpose of his videos are to make people feel amazing, powerful, happy, determine and mainly to help motivate people to see their purpose and a dream in their life. Les Brown even travels the world to host motivational talks with large audiences. His videos are important to the world because they are meant for everyone and anyone. They strongly impact people who can not yet see their purpose in life or who are feeling hopeless and need someone to listen to to give them a little boost.

What is your social issue?

My social issue is whether martial rape should have the same severe consequences as non-marital rape.

Why is it such a social issue? What do people disagree about in relation to this topic?

Marital rape is a very intense social issue because many people feel that since you are married, rape is not a something that can occur. This is why it is believed that martial rape should not have the bar set as high for consequences as non-martial rape. I strongly disagree with the belief of martial rape not having high punishments.

What is your proposed solution? Why do you think this is the best solution?

My proposed solution to this would be to listen and act to all women and men who report being raped, abused or being sexually assaulted in any shape or form. Programs and classes should be offered to help people become more knowledgeable on what rape is or show people how to talk about it. The people who are convicted of sexually assaulting someone should be put into special programs to help them understand what they did was a violation and was wrong of them.

What are pros to your solution?

The pros to this solution are that there should not be types of rape, women and men who are sexually assaulted are scared to talk because no one will listen, crime rates are going down but rape in doing the opposite, not being about to identifying rape and rape being fatal.

What are cons to your solution?

The cons to this solution is that marriage changes everything, why would you report someone who you “love” or are married to and cases should be dropped because of lack of evidence.

What do you think would help create a stronger argument for this topic?

Which point of view do you see? Why?

The purpose this is to persuade consumers to buy the new blazing Doritos and the new MTN DEW. They use things like fire breath or things that have fire coming out of them to describe how hot the Doritos are. However, the MTN DEW has the opposite affect it is cold, refreshing and they use cold things or things such as ice, lemons or limes to really exaggerate the flavor of this new drink. The difference between the dink and the chips s how they are showing both sides one really hot and the other super cold.

The purpose of this commercial was to show that you can anything if you can move. With this commercial has the main and only stance was to show that the brand Toyota offers great service to you because it allows you to do anything. They use the analogy of a professional skier who had to surpass the struggle of not having legs to become an extremely good skier and become number one. This audience more towards anyone and was really motivating; this was more of a video where you can do anything type of motivation.

Out of all of the commercials this one was the most funny. It uses lots of very common commercials that are usually played during the super bowl. It is being used to persuade people to use Tide because it will keep their clothes clean. That is why in every example they give for the Tide commercial there is always people with super clean clothes with zero stains on them. 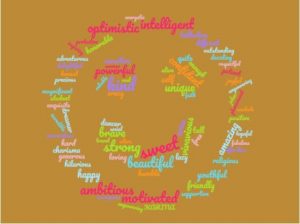 I chose a smiley face because many of the colors that I chose were happy and bright. I feel that a smiley face represents me because I like feeling happy because it just makes my whole day a lot better. The smiley face was not only a perfect fit for me but was a perfect match for my words too.

A social issue arises when the controversial topic of whether or not martial rape should be treated the same as non-marital rape. According to the poll on  Isidewith.com 81% of people in the entire United States voted that yes, martial rape should be dealt with the same way as non-marital rape. However, there was still the opposing side with only a 19% vote. The people who disagreed that martial rape should be taken as serious as non-martial rape felt that if you are married, rape can not occur. People who agreed with that statement see that rape can occur in a marriage because rape is when someone if forced to have sexual interaction when you don’t want to. Being married does not changed the rights of a human because they have made a “promise” to stay together until death. It is easy to say that martial-rape is not really the same thing as non-martial rape because the question of why would someone you are married to do that to you is asked but in many household the act of machismo happens. Machismo comes from the word ‘macho’ meaning male in Spanish. The word machismo is an exaggerated sense of manliness or when a man feel that they have the power to control of anything or anyone. Commonly happening with the wife in Hispanic households. Many people don’t report it because they know it is not dealt with the same way as non-marital marriage. 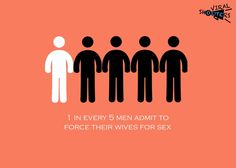 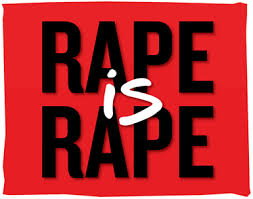 Recently on November 17 the first American Olympian Hijab Barbie doll released to the media. The idea came from an American group called Mattel; they believe that is it a great way to help young girls come out of their shell to be proud of where they come from and to still represent their culture in sporting events. According to the article Mattel says that the Barbie is an”inspiration for countless little girls who never saw themselves represented in sports and culture”. This can fall under the category of positive news because it is news they will begin to change the world. Since an action was taken and was completed, there is no doubt in my mind that their will be more dolls to inspire more kids. This can even lead to more positive outcomes like reducing racism. One small action can trigger many other important leading event; its just cause and affect.

Thanksgiving varies from family to family; every family has their own traditions and rituals on this holiday. For me all my family comes to my house and we celebrate by having everyone bring a tray of food to share. Foods that my family members bring is ham, tamales, pozole and turkey. Once everyone arrives and the food is ready, we sit down at the table and say out loud what we are thankful. After everyone is done eating and giving thanks the adults usually sit and talk mean while the little kids play.  Even though this may not seem like much to some people. It is enough for me because I get to see my family together reunited, happy and hopeful realize that they are blessed with some many things. Every year good and bad people come into my life; some stick with me and some don’t but it great because my family grow and grows every year. So this means that thanksgiving is never the same every year.

Welcome to your brand new blog at Edublogs!

To get started, simply visit your blog’s dashboard, edit or delete this post and check out all the other options available to you.

We can walk you through step-by-step in our guide to getting started with your blog.